I’ve been simultaneously stuffing my face and making a list of all of the places that my fam needs to visit when they come here. Here’s my gastronomic journal. 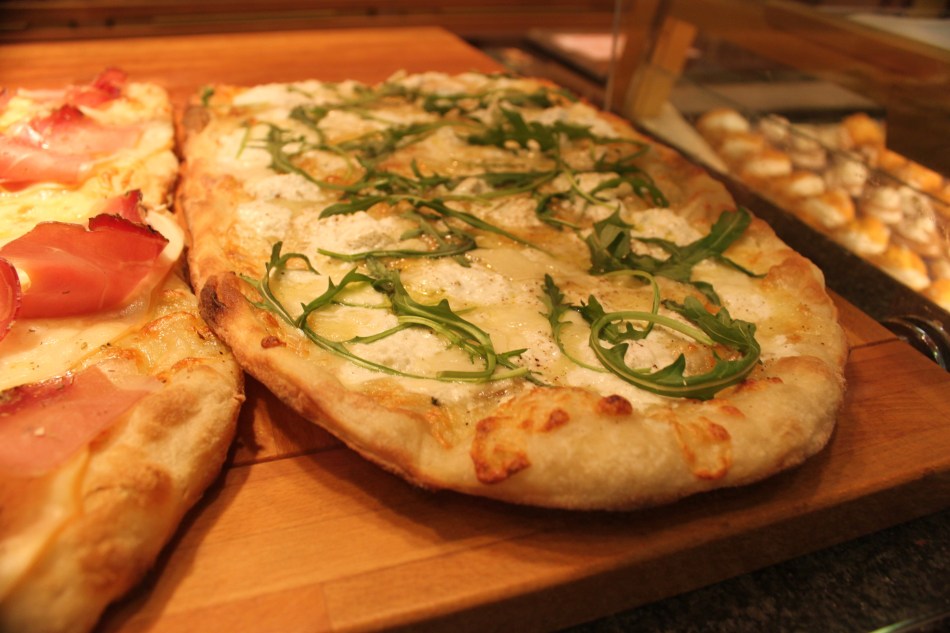 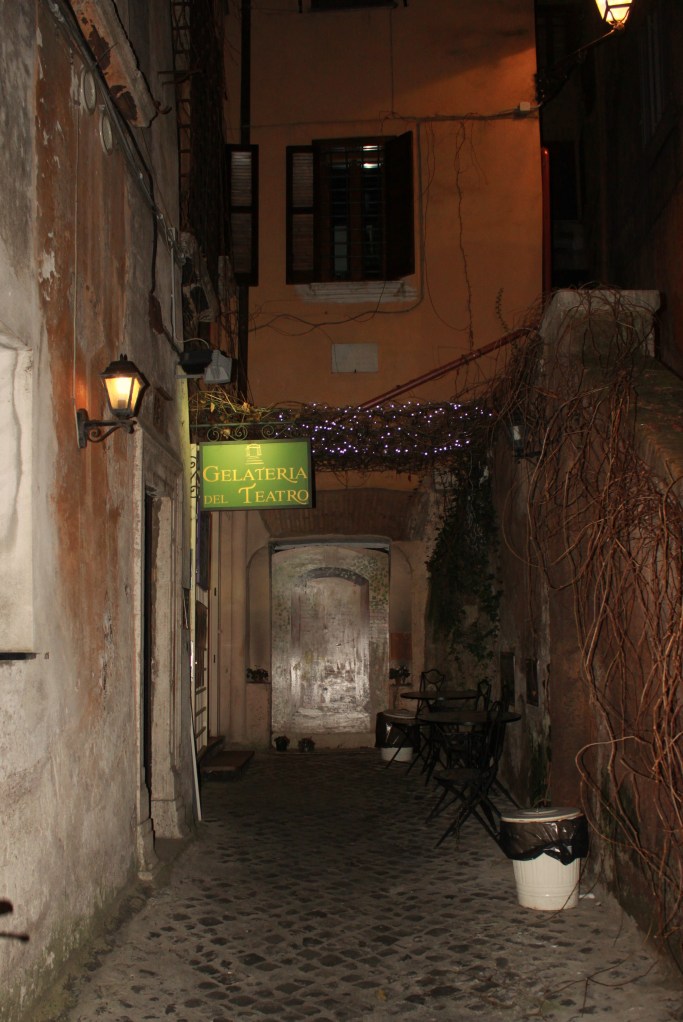 My architectural history professor told me that gelato is as nutritious as a meal. I’ve decided to trust her 100 % until someone proves to me that its not. I’ve had gelato everyday this week. Most of these have been from Gelateria del Teatro. Its close to my school and soooo good. 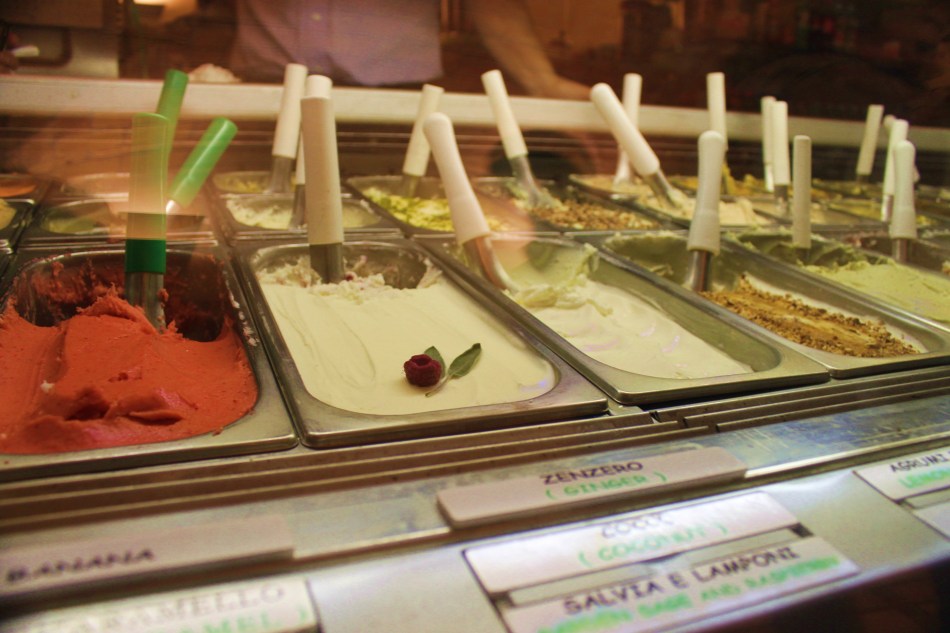 They use really fresh ingredients in their traditional Sicilian Gelato. 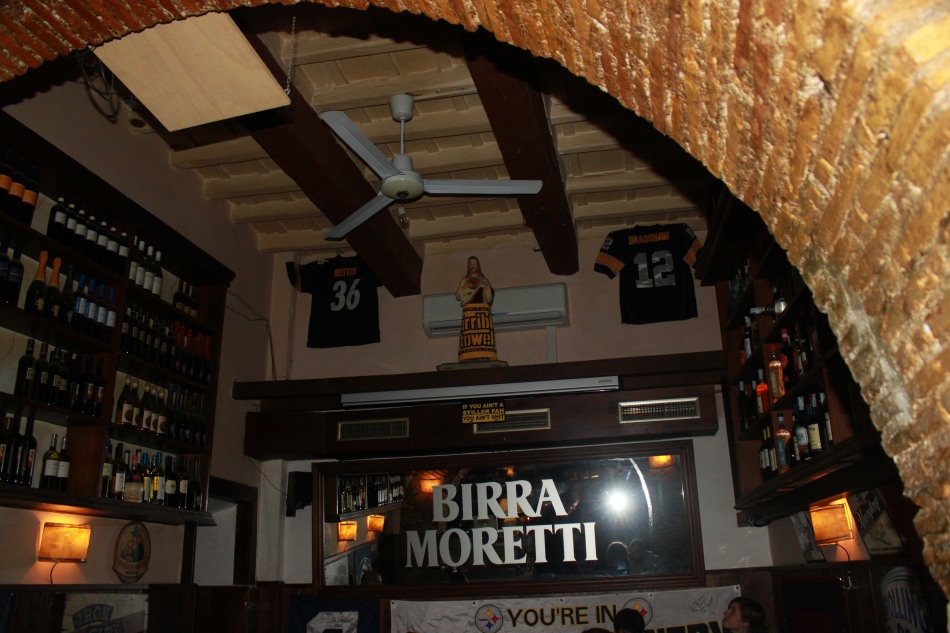 My favorite bar is Boticella’s a.k.a. the Steelers Bar. Yup, thats Jesus with a Terrible Towel. 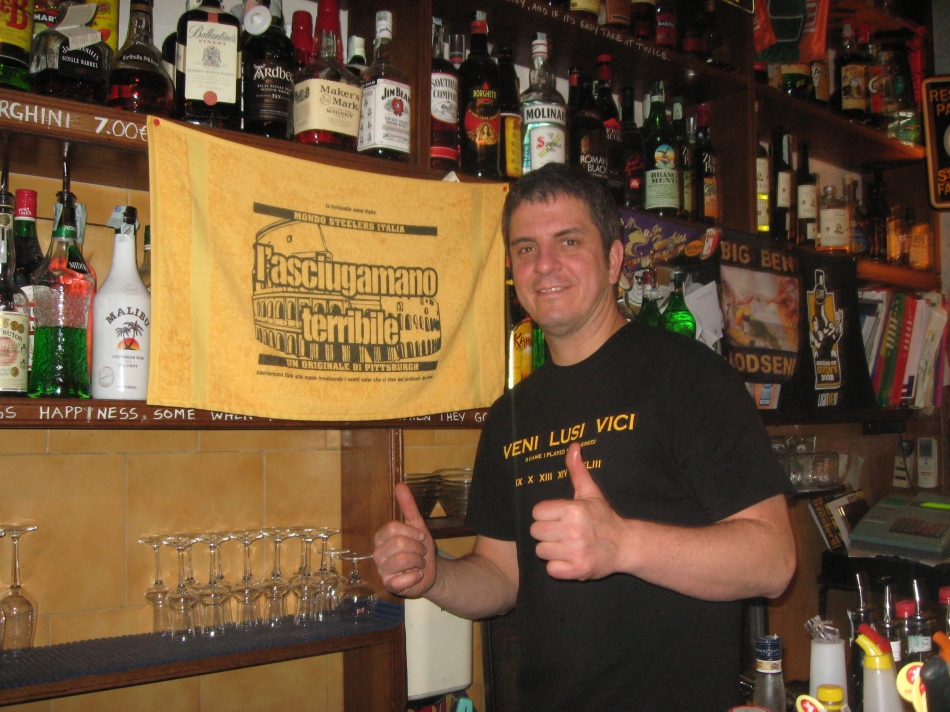 They even have an Italian version of the Terrible Towel. 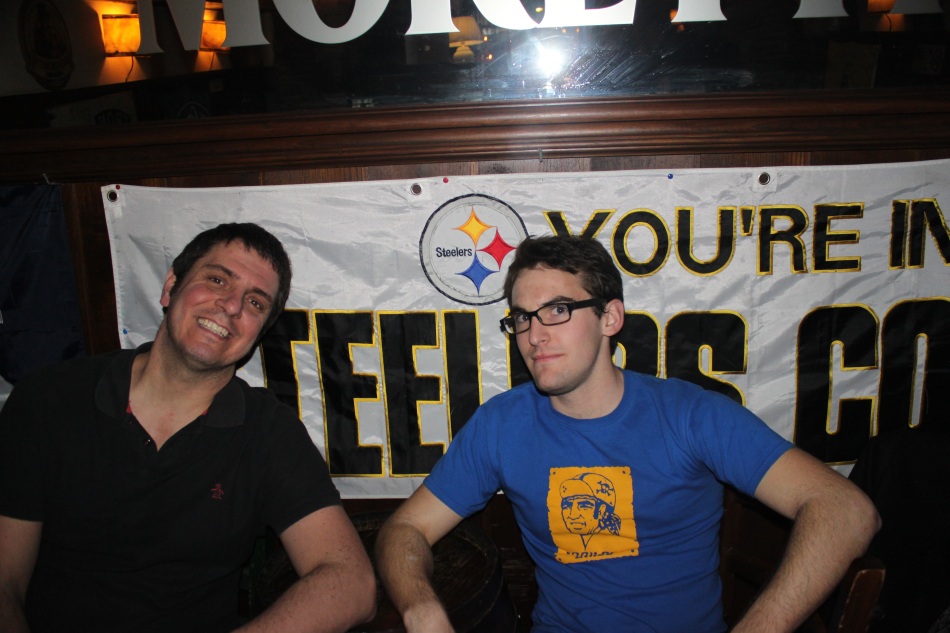 kicking it with the owner 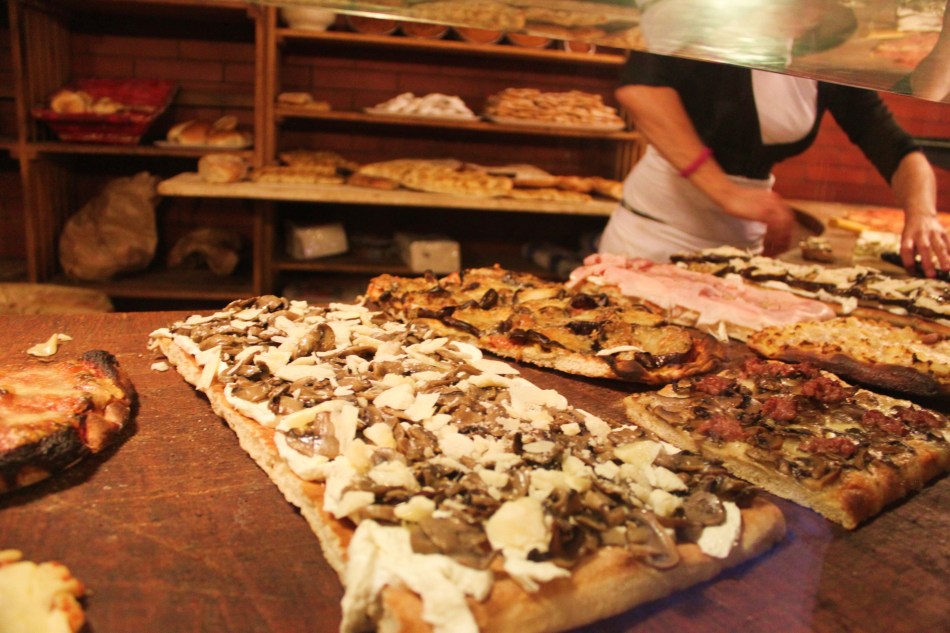 Just found this fantastic pizza place in Trastevere called La Renella. Their crust is fantastic because unlike most of the tourist traps, they make it the real way with only aqua, farina e olio extra vergine. 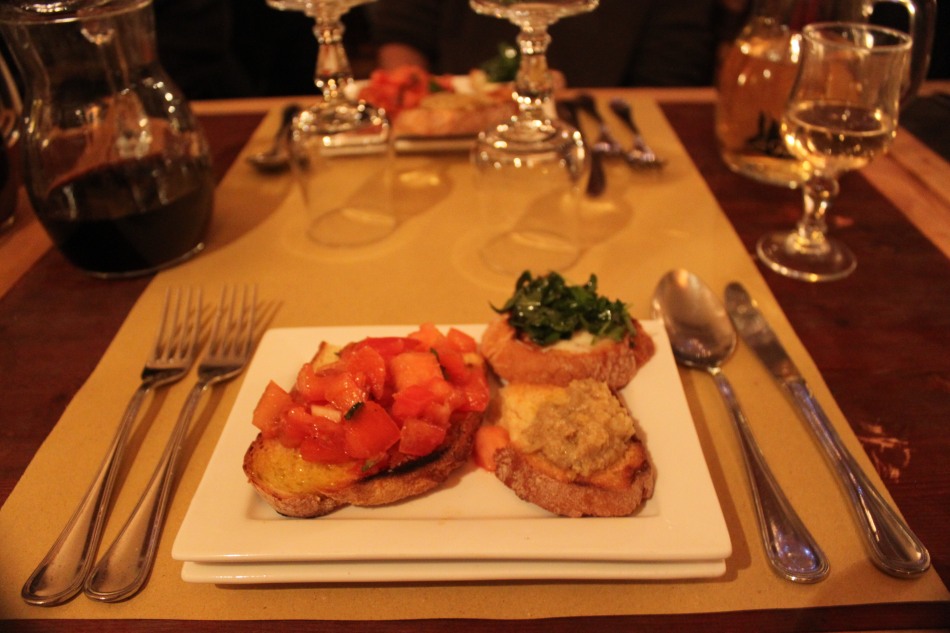 I also went to a trattoria on Tuesday called Le Fatte. The school organizes it so that we pay $10 for a full Italian trattoria meal including wine. We had something like 6 courses and they were all delicious. 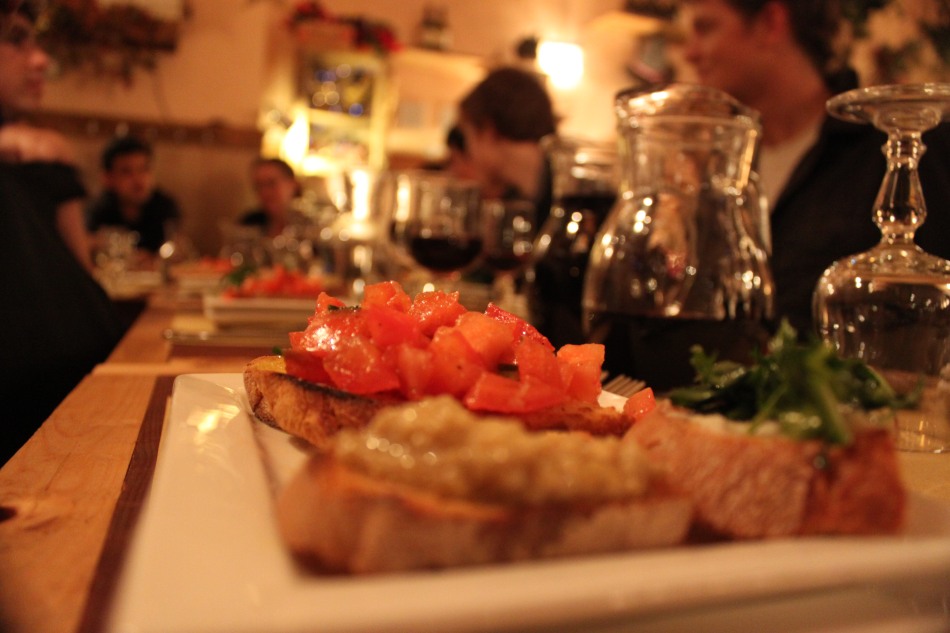 The best meals I’ve had so far have been the ones Esa makes.

She goes all out when she cooks for us. Dinner usually lasts over two hours and its all fantastic. 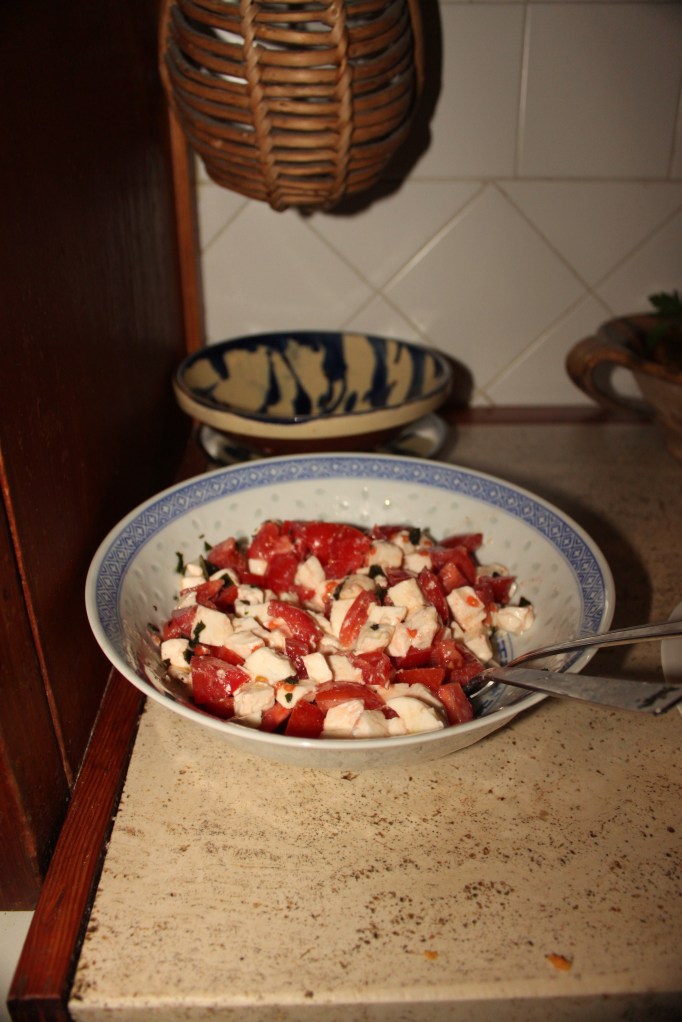 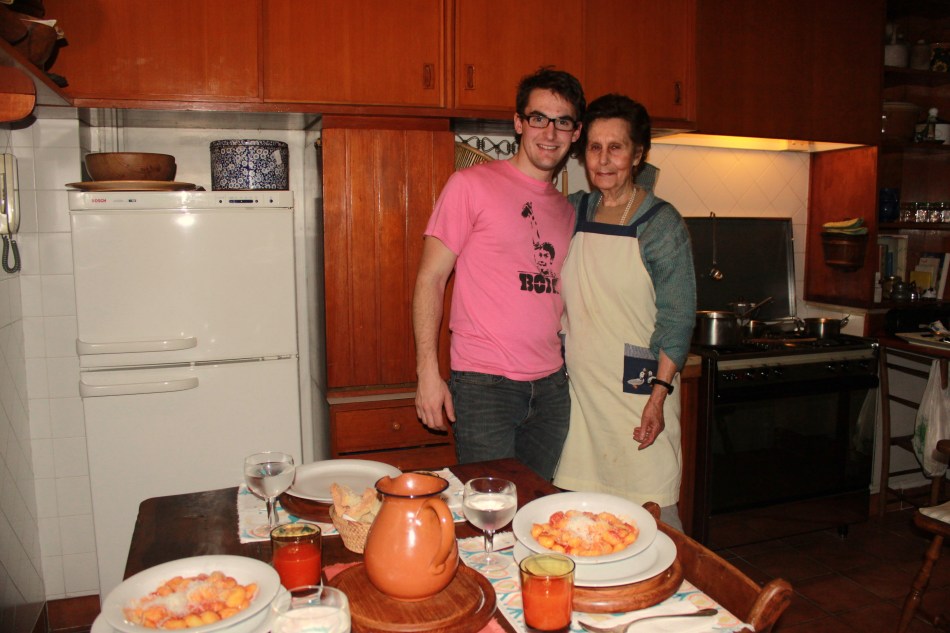 I’m going to get her to teach me how to make these cause otherwise I might become anorexic when I get home.

This entry was posted on February 19, 2011 by willcanup. It was filed under Uncategorized .